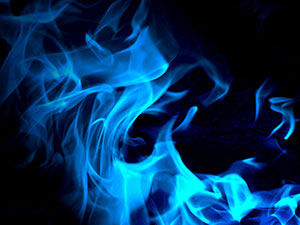 Go to the source.

This has been my philosophy on all things spiritual for many years.  It is an impulse that lead me to Celtic Reconstructionism in the first place.  I wanted to learn as much as I could about the Pagan Celts, from as many sources as I could.  Don’t get me wrong, a thorough study of Celtic lore is invaluable, and there is plenty out there to learn.  But I want a heartfelt, passionate education not just an academic one.  Go to the source!  What did the idea of “source” mean to pagan Celts?  What does it mean to me?  What did they see as the source for their emotions, cosmology, and life?  What do I see as the source for my emotions, cosmology, and life?  What if they differ in substantial ways?  And if they do, how do I have a comprehensive spirituality without making apologies for “insulting Celtic culture”?  Can I still call myself a Celtic Reconstructionist?  It was as if a venerable old Druid was tapping me on the shoulder saying, “You must unlearn what you have learned”.

An experience I had a few years ago seems to be when a lot of these questions started to surface.  I had hiked to the top of a pinnacle behind Pikes Peak and did some prayers to Brighid.  I had been feeling a decided lack of imbas in my practice lately and wanted to re-connect.  Right after the prayer was over I noticed a group of swallows flying around the pinnacle catching the bugs that were riding the thermals off the sun drenched granite.  Their wings literally cut the wind and you can hear the sound of it.  After loosing myself in the experience of watching the swallows, it hit me.  I must approach a time like this with no expectations, and no pre-conceived notions about what is spiritual and what is not.  The seed that was planted that day is coming to harvest in my life.  I realize that much of my time spent as a Celtic Reconstructionist has been putting my beliefs and experiences  into a “Celtic” box and a “Non-Celtic” box.  As long as I do this there is no possibility of a fully integrated spirituality. 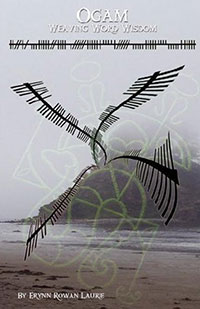 I still have a lot of respect for pagan Reconstructionist religions, but they are, in my opinion, ultimately a step in the right direction and not the journey itself.  I don’t think Reconstructionism as it is currently practiced will last much longer.  They came along exactly when they needed to to give a little grounding to the fluff out there.  However, we must remember that the Celts of the ancient world got their beliefs and practices from their own experiences of their own time.  Reconstructing those beliefs is pointless, and ultimately fruitless.  We should see the lore as inspiration not as dogma.  If we are really going to follow their example it would be for us to go to the source ourselves.  Just like they did!  This is why Faery Seership has lit a whole new fire of imbas for me.  It is grounded in the lore but not ruled by it.  Books like Ogam: Weaving Word Wisdom by Erynn Rowan Laurie are an exception to most Celtic Reconstructionist literature.  Why?  Because you can tell the author has worked with the system for many years.

Frankly I got tired of Celtic Reconstructionist email lists and discussions.  After reading the same old argument about who the Celts were, how language is important (and trust me it is) and how personal gnosis is different from Celtic culture and lore, blah blah blah.  It gets really damn old.  Where’s the beef! I kept hoping we would talk about something other than what an ocaire was and start talking about how Reconstructionism was relevant to current problems.  You know like the problem of climate change, human suffering, morality, personal interactions with the Tuatha Dé Dannnn, and a whole host of other issues and needs?  That and the fact that you can only read chapters and essays on the “History of the Celts” so many times before you just want to scream.

Paths like Gaelic Traditionalism and even Reconstructionism now seem anachronistic to me.  The world is completely different, and you can read Cattle Lords and Clansmen (great book by the way) until you have it memorized but you will never be able to re-create the economy of Ancient Ireland today no matter how much land you buy.  And although I admire the Gaelic Traditionalists knowledge base and commitment to Gaelic culture, it seems to be trading one dogma for another.  I don’t want to see the world the same way as my Celtic ancestors did, I want to follow their example and be inspired by them.

One of the most fascinating things that I have become aware of in the past year is that Saint Brigit (and yes she is a goddess no matter what any Catholic will try to tell you) is now a part of the Voodoo tradition.  When I heard this it blew me away!  How did this happen?  After a little research I found that:

“Maman Brigitte, is indeed the Vodou manifestation of the Celtic goddess Brigid. During the Stuart Wars, many Scottish and Irish men and women loyal to the Stuart crown were deported to the West Indies, and that is how Brighid arrived in Haiti. Maman Brigitte will heal the sick if she is invoked for that reason. She is also a magician, and a particular friend of women and children.”

Now this is in no way traditionally Celtic, but does that mean that it is an insult to Celtic culture?  Not at all, it is another expression of it.  If a Celtic Reconstructionist tried to incorporate a symbol like this into a book he was writing about the Gods and Goddesses he would get roasted alive in chat rooms and email lists.  This creates an atmosphere that stifles growth and personal spiritual expression.  Now I am not advocating that people pass anything off as Celtic, but lets give people a chance to express their own interactions with the gods and refrain from calling them posers.

The long in short of it is that I no longer consider myself to be a Celtic Reconstructionist.  I think Faery Seership draws from deep wells of Celtic Otherworld lore, and I continue to learn Gaelic and remain obsessed with anything Celtic.  However, I prefer interacting with the Sídhe and the Gods and Goddesses on my own and learning directly from the source.  I found that I did not feel like I had any room to breath in Reconstructionism.  Faery Seership is much more forgiving in that respect.  Faery Seership requires personal honesty and exploration of the self that is by no means easy, it is, however, incredibly rewarding.

38 thoughts on “Frustrations with Celtic Reconstructionism”

The mad ramblings of a Colorado Pagan

my words are alive

A show about magic and witchcraft in North America

All knowledge is a work in progress. The minuet you think you know something for certain, that is the precise moment it changes.

The Life and Times of a Forever Witch

Pagan-inspired philosophy and other interesting "stuff" from a practicing witch

A blog about how I as a westerner embraced Sanatana Dharma, the Eternal Way of Hinduism